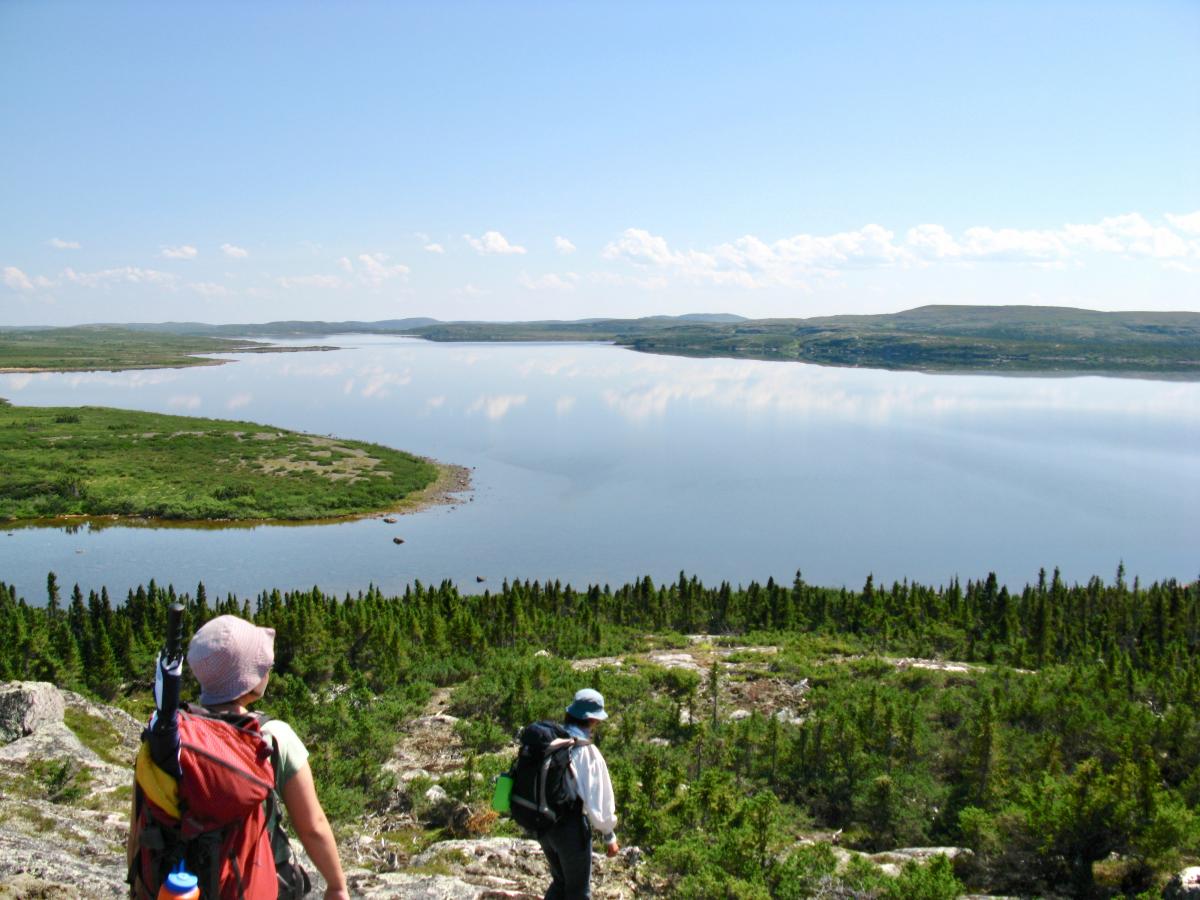 While these trees may seem small, looks can be deceiving! The Sanctuary (or Tiburce) hill has been forested for at least 3500 years by a spruce-lichen woodland, avoiding major disturbances such as fire, insect epidemics or major windfalls, making it one of the oldest forests in Canada. It is located along the Boniface River (57°46N; 76°20W), which flows in Nunavik (Canada) towards Hudson Bay, about 10 km south of the latitudinal treeline. This subarctic area contains the northernmost forest-tundra vegetation found in the region, with spruce-moss forests in wetter protected areas, spruce-lichen woodlands in drier sites, and shrub-lichen vegetation in more exposed areas. While the Sanctuary woodland has been there for thousands of years, a study conducted by Vézeau and Payette (2016) has found that the tree population is in disequilibrium, with low spruce regeneration and a widening of canopy gaps in the last century. A pathogenic fungus associated with late-lying snow cover may be the cause for spruce mass mortality events. How will a changing climate affect this old-growth forest remains to be elucidated?