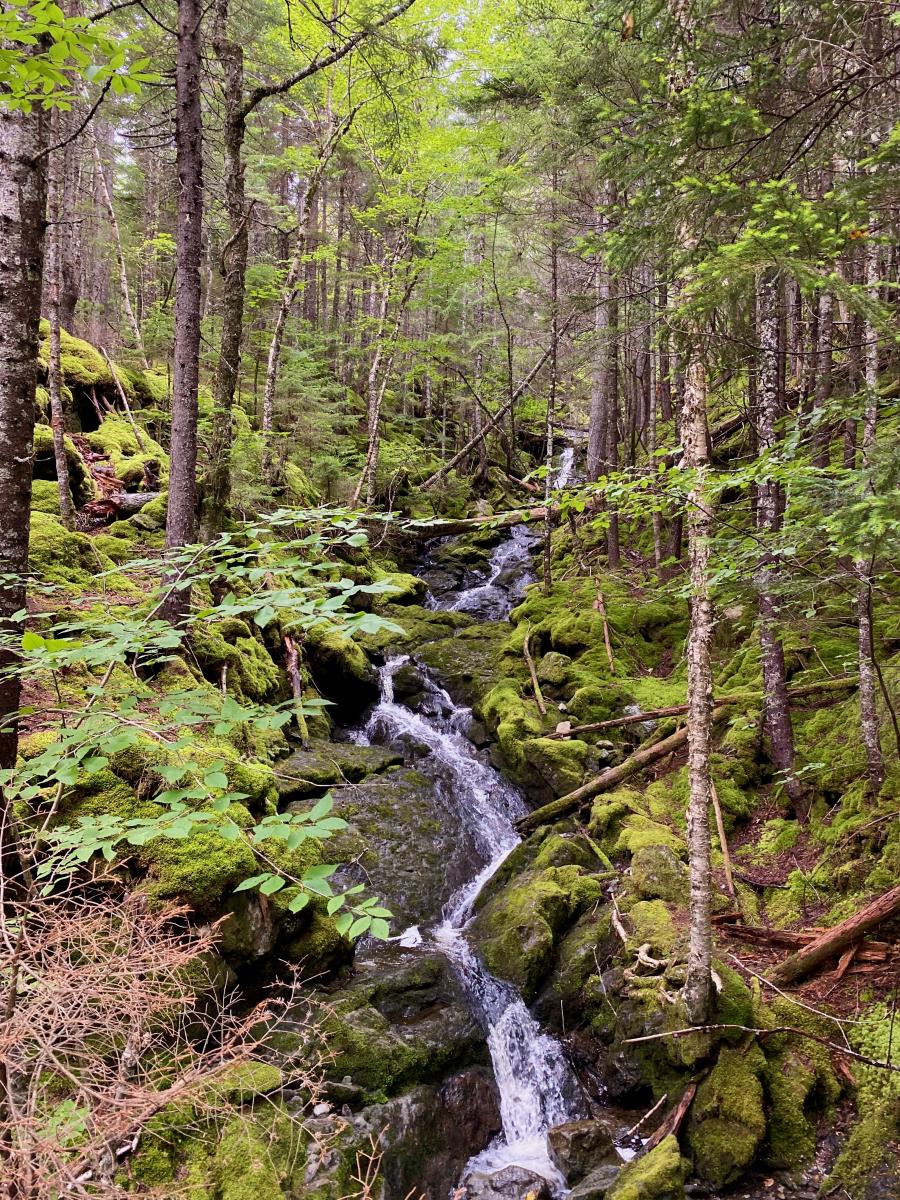 Located in the boreal-temperate ecotone, the Acadian Forest of New Brunswick, Nova Scotia, southeastern Québec and northern New England states is a unique and threatened ecosystem that presents a diverse canopy composition with a strong influence of the Atlantic Ocean. The Mi’mag and Wolastoqiyik people have historically occupied the land. With 400 years of land-use by European settlers, Acadian forests have been significantly altered. It is estimated that only 5% remains in a natural state. The red spruce dominated forests of Fundy National Park in New Brunswick have been extensively logged in the 1800s, up until 1922, and have been recovering since the establishment of the national park in 1948. The park now contains one of the few old-growth Acadian forests in New Brunswick. Its importance in conservation is recognized as part of UNESCO's Fundy Biosphere Region.