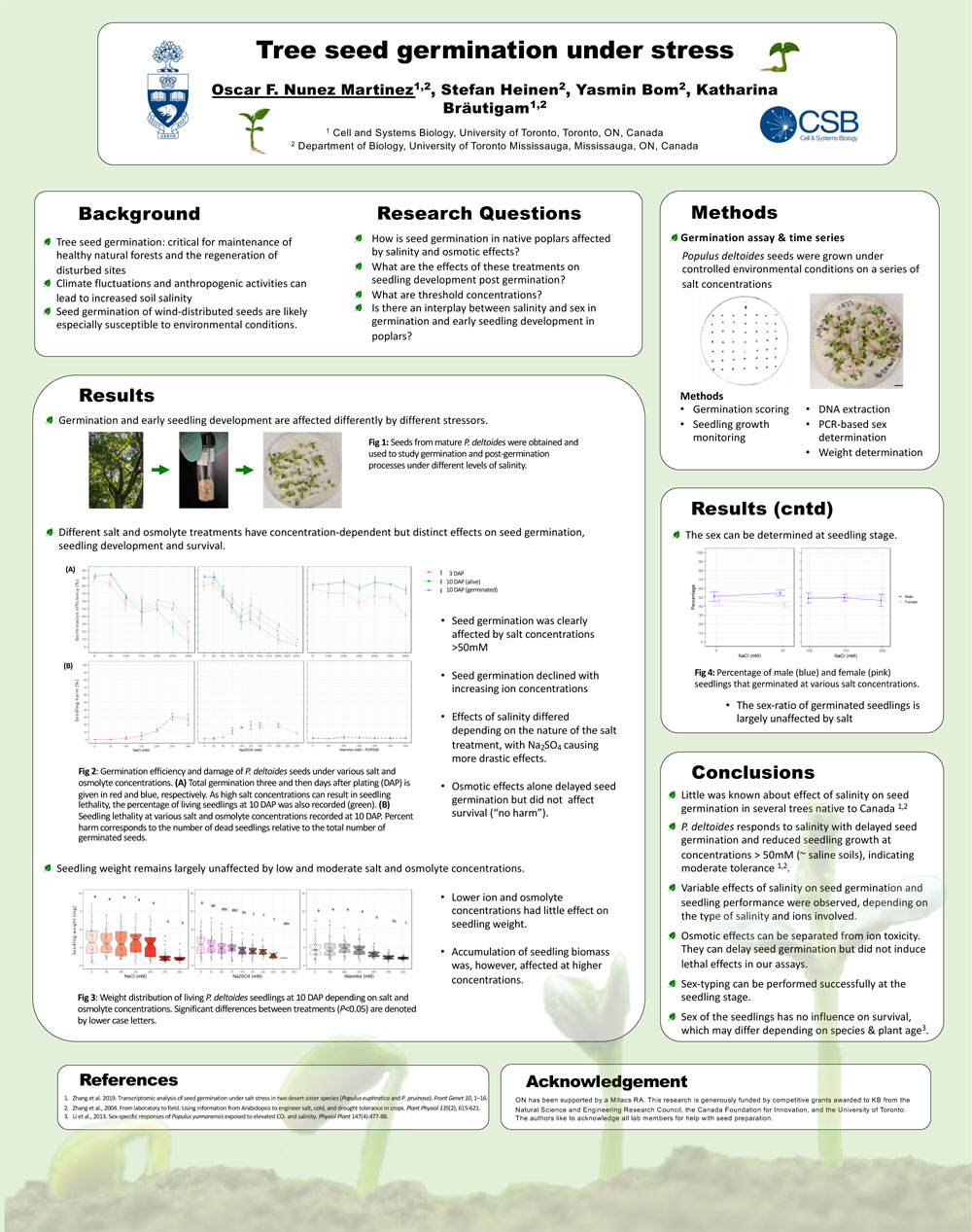 Tree seed germination is critical for the maintenance of healthy natural forests and the regeneration of disturbed sites. Successful germination is strongly influenced by environmental conditions, and this might especially be true for wind-distributed seeds with little to no endosperm at maturity. As a consequence of climate fluctuations and anthropogenic activities such as mining or certain irrigation practices, soil salinity has increased, and this has removed thousands of hectares from use for agriculture and agroforestry in Canada. At the same time, little is known about the effect of salinity on seed germination in several of the tree species native to Canada. Here, we study the effect of increased salinity on seed germination in poplars, which represent prominent trees in Canadian forests and are of economic importance. Poplar seeds were exposed to increasing concentrations of salt under controlled environmental conditions. Threshold concentration for delayed development as well as lethality were determined. We also introduce the criterion of maximum harm concentration that discriminates between germination and early seedling development through seedling damage post successful germination. Moreover, effects on biomass production were analyzed. Finally, the effects of salinity on sex of the seedling in this deciduous species were studied. The findings contribute to our mechanistic understanding of susceptibility during germination and potential use in regeneration efforts of a native deciduous tree.