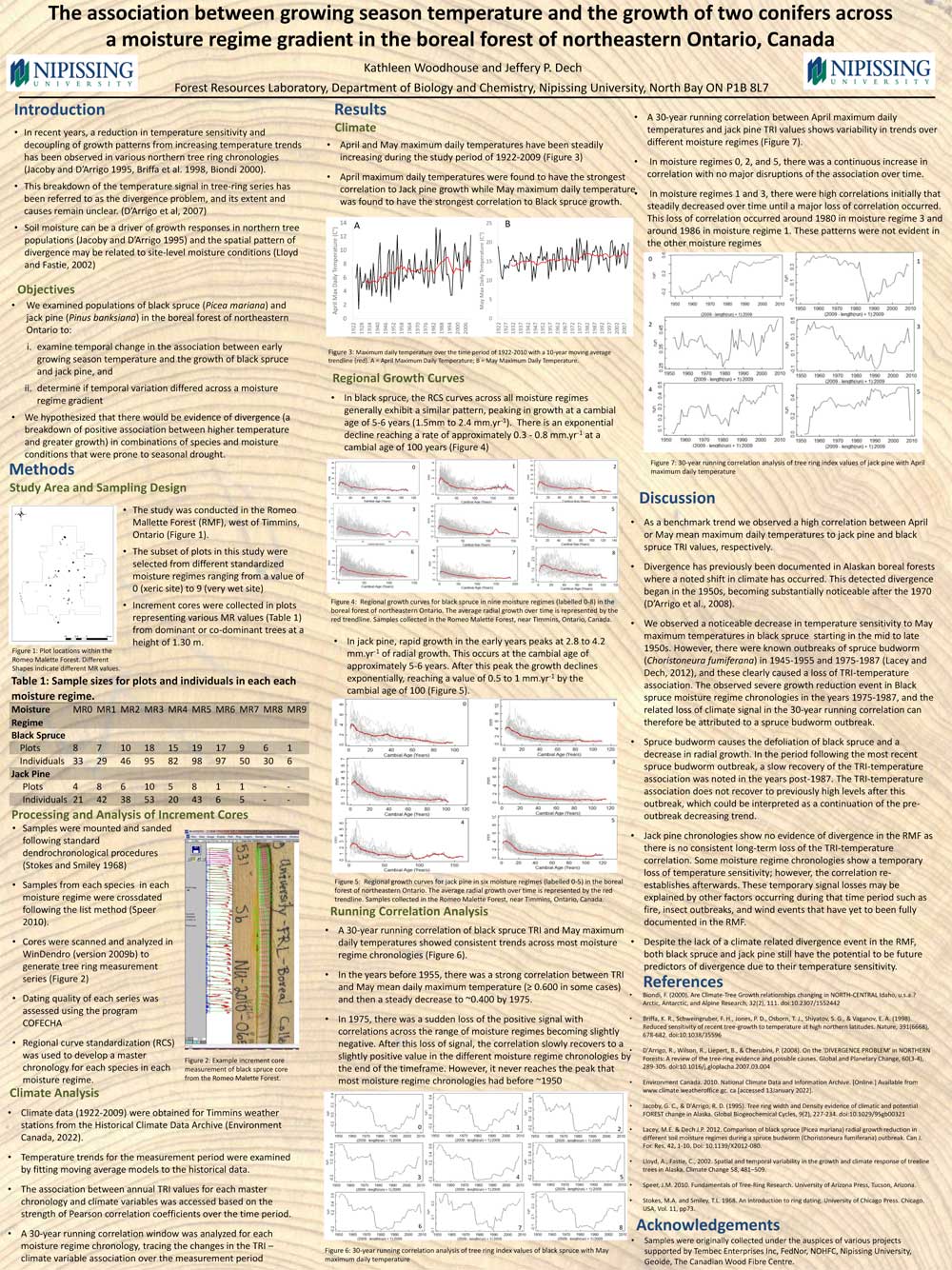 Several studies have indicated that the association between tree growth and increasing temperature has weakened over recent years as the climate continues to warm in northern forests, particularly in Alaska. This breakdown of the temperature signal in tree-ring series has been called the divergence problem, and its extent and causes remain unclear. We examined growth in three different species of the boreal forest of northeastern Ontario over the period of 1922-2010, specifically focusing on the relationship between radial growth and temperature. Our objective was to determine if divergence is occurring in these forests, and if it is influenced by soil moisture conditions. An archive of increment core samples collected near Timmins, Ontario, was accessed to examine the growth of Picea mariana, Pinus banksiana and Populus tremuloides across a soil moisture gradient, based on measured soil moisture regimes in sample plots. Cores were collected from co-dominant trees, mounted, sanded, and crossdated following standard procedures. Tree ring widths were measured using the WinDendro software package. Crossdating was confirmed using the program COFECHA. For each dated series, regional curve standardization was used to detrend tree-ring measurements and compute master chronologies for each species and moisture regime. Correlation of tree-ring index values to annual climate data revealed that April mean maximum daily temperature was the best indicator of annual growth over the entire time period. We used running correlation analyses to determine the variability in the strength of the association between the TRI values of the various chronologies and the April mean maximum daily temperature over the time period using a 10-year analysis window. Changes in the strength of correlation were interpreted with the objective of testing the hypothesis that populations on drier sites would exhibit a stronger divergence from the temperature trend than those on mesic sites.