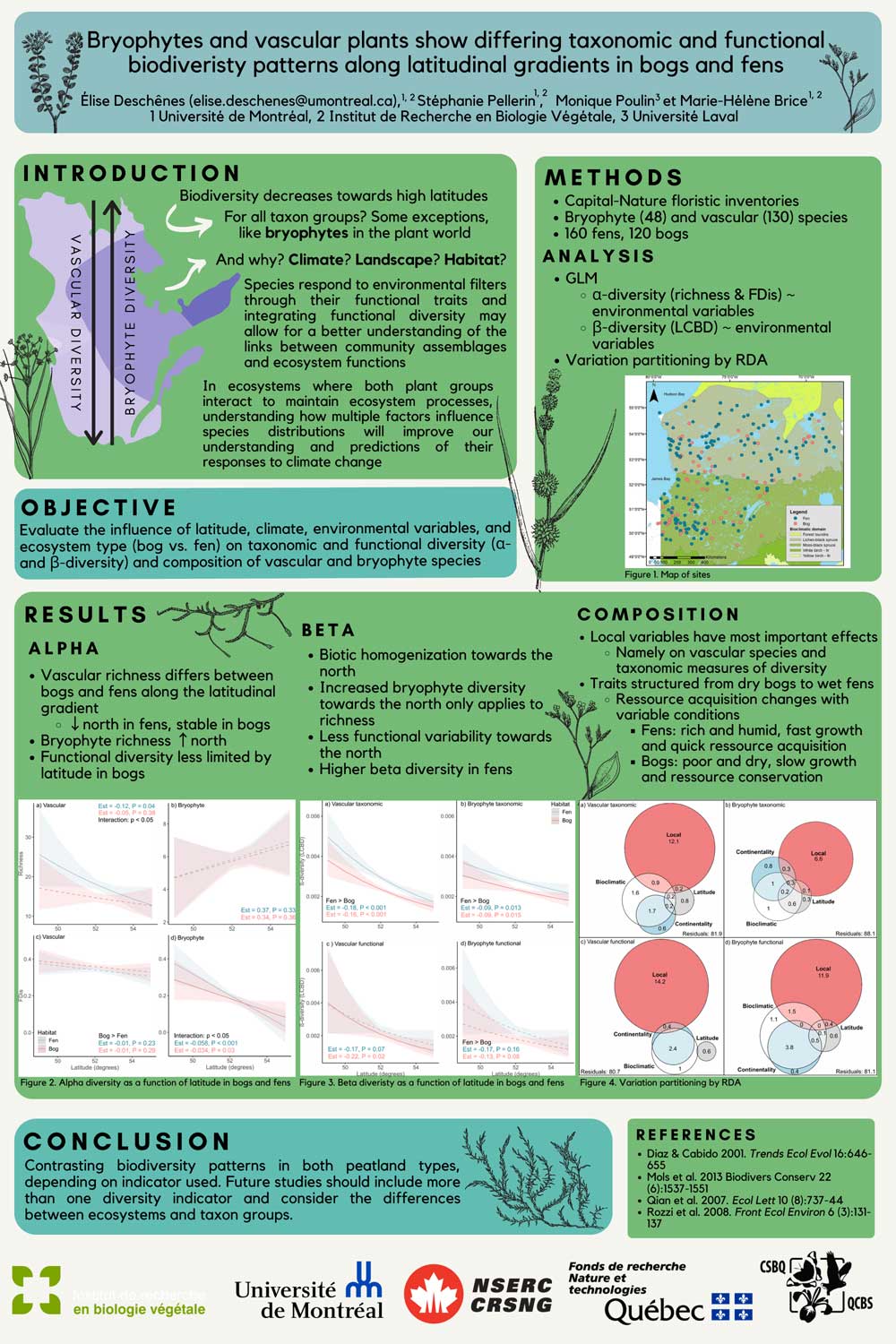 Species diversity typically decreases towards the poles, but this pattern does not hold for all ecosystems and plant functional groups. Studying distinct groups simultaneously (e.g., vascular and bryophytes) in ecosystems where they are abundant, such as peatlands, should provide insight on factors governing diversity and should help predict compositional changes in response to environmental variations. The objective of our study was to evaluate the influence of latitude, abiotic variables, and peatland types (bogs vs. fens) on vascular and bryophyte diversity. Inventories were conducted in 380 peatlands in northeastern Québec (49° to 54° N). We evaluated changes in alpha (species richness and functional dispersion) and beta diversity (LCBD indices) in response to latitude, continentality, climate, and local abiotic variables for both plant groups using generalized linear models. We also evaluated the effects of these variables on taxonomic and functional composition using variance partitioning by redundancy analysis (RDA). We found that bryophyte richness increased towards the north, while vascular richness showed contrasting patterns in bogs and fens in response to latitude. In fens, richness decreased towards the north, and inversely in bogs in which functional diversity remained higher. Higher latitudes were associated with taxonomic and functional homogenization for both plant groups in both habitats. Environmental variables had different effects across plant groups and type of diversity (alpha or beta). Taxonomic and functional composition of both vascular and bryophyte species were primarily structured by environmental filtering (mainly contrasting local conditions in bogs and fens). Bioclimatic variations along the latitudinal gradient seemed to play a secondary role. Therefore, both plant groups and habitats are affected differently by environmental factors, and future studies and policies should include these differences when evaluating the effects of environmental changes on biodiversity and planning conservation.