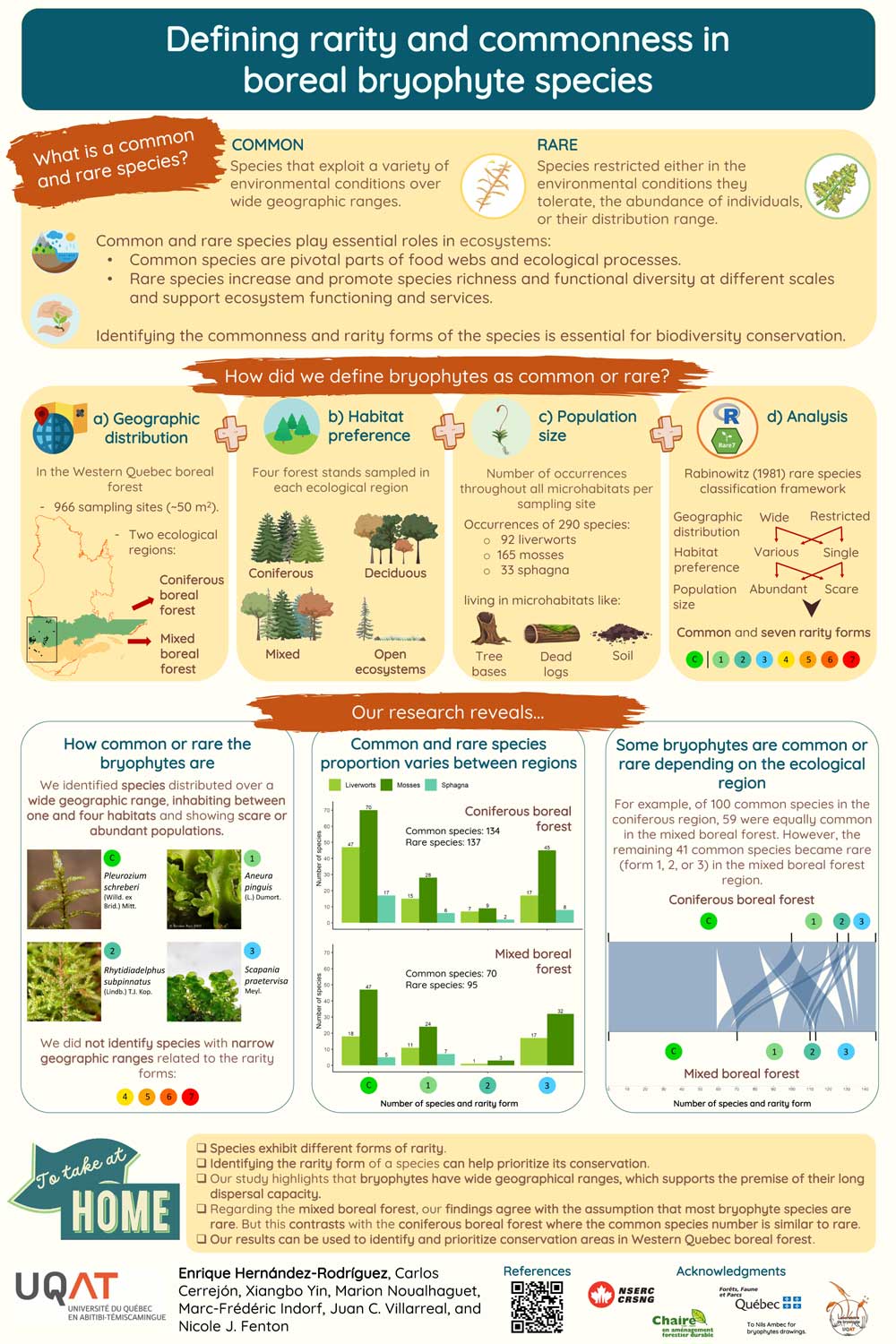 Identifying rare species at risk of extinction is essential for biodiversity conservation. According to the Rabinowitz rarity forms (RRF) approach, rarity is generated by a combination of characteristics related to habitat specificity, population size, and geographic range of the species. We use the Rare7 package to classify 290 bryophytes (92 liverworts, 170 mosses, and 33 sphagna) between the seven RRF. In our analysis, the habitat specificity was determined by four forest types: conifers, mixed-wood, deciduous, and open forest in the temperate and boreal region (eight habitats), considering 1064 study sites in western Quebec. The population size was defined by the number of occurrences in the study sites. The geographic range was established based on the extremes of latitude of the species distribution in the study area. Of the total species, 52 % (150 spp.) were common, while the remaining 48% (140 spp.) have forms of rarity characterized by having small or large populations in one or several habitats in a wide geographic range (RRF: 1-3). We did not identify species with restricted geographic ranges and scarce or abundant populations inhabiting only one forest type (RRF: 4-7). Mosses presented more common species (81), followed by liverworts (50) and sphagna (19). The proportions of species per RRF 1 and 3 per bryophyte guild follow the same pattern as their common species. However, we found a similar number of species with abundant populations inhabiting a single forest type (RRF: 2) for the three guilds. Our results contrast with the assumption that most bryophyte species are rare. Also, it highlights that bryophyte have wide geographical ranges which supports the premise about their long dispersal capacity. Finally, our work highlights the importance of the preservation of different forest types because they are unique habitats for species with abundant populations.