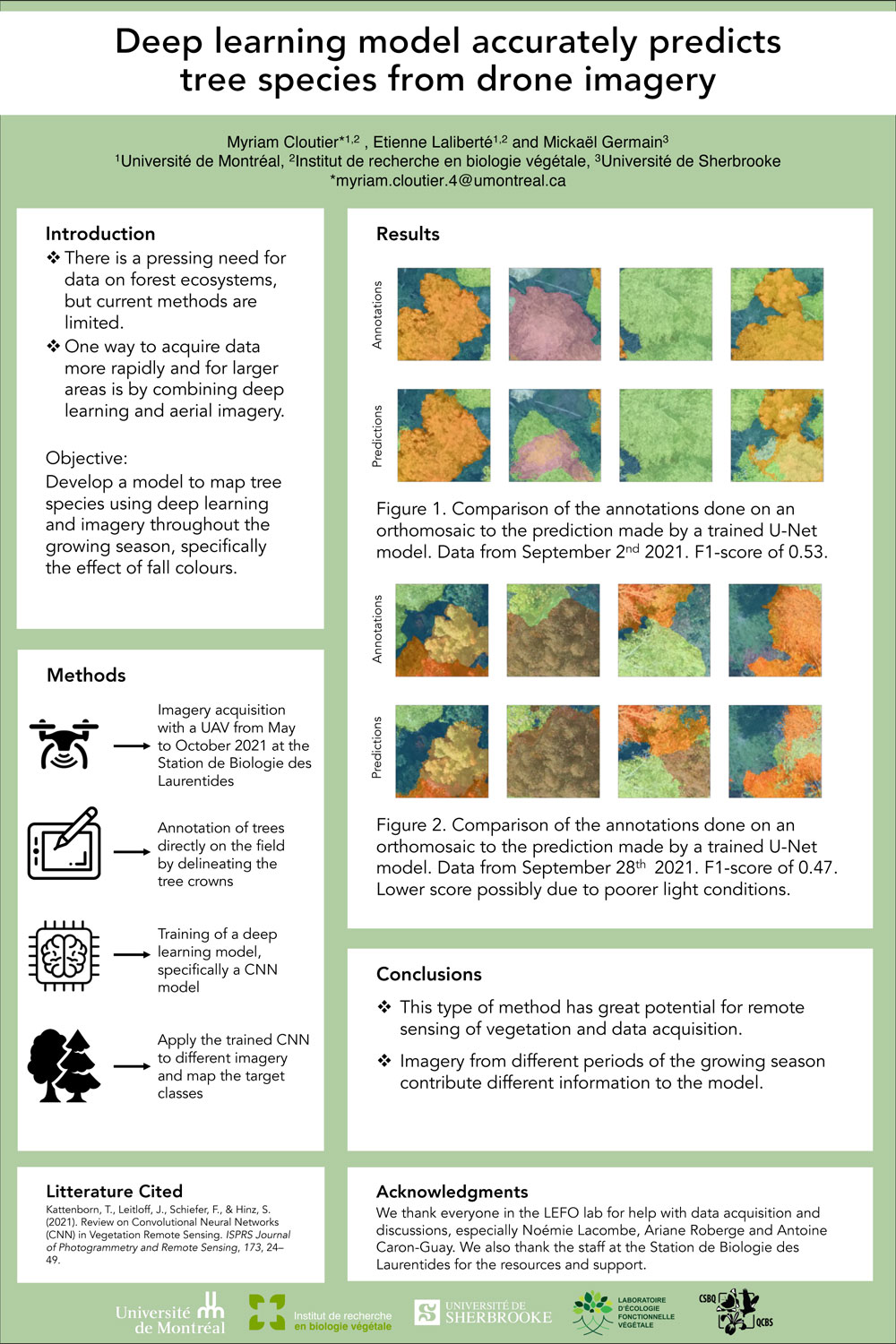 Combining the use of drones and remote sensing with deep learning could allow researchers to map biodiversity in large or inaccessible places. We aimed to develop a functioning deep learning model to classify temperate forest canopies at the species level using remote sensing imagery. Using multitemporal data, we would expect imagery from the fall to improve the model?s performance due to tree species taking on more distinct colours in the fall. The imagery was acquired at the Station de Biologie des Laurentides of the University of Montreal. With a drone, we took high-resolution RGB imagery over 43 hectares of temperate forest on 7 different occasions between May and October 2021. We used the images to generate orthomosaics and annotated 15 different classes on those orthomosaics in the field to minimize identification errors. We used the annotated imagery to train a Convolutional Neural Network (CNN) that could be used to classify tree crowns on new imagery. We created a baseline model with a sample of the dataset. The initial model had an overall accuracy of 64%. Certain species were more accurately identified, such as Pinus strobus Linnaeus and Acer saccharum Marshall. Surprisingly, this baseline model was able to identify a P. strobus that had not been annotated in the training data. The predictions generated indicate that the model can recognize the irregular patterns in the tree crowns, including branches that stick out from the rest of the crown. Better accuracy was achieved when increasing the tile size. This shows how important the spatial context of the forest canopy can be in the training of the CNN. These results indicate that, while the dataset and the model need refinement, there is significant potential as a tool in ecology. The next step will be improving the dataset and optimizing the model?s parameters.