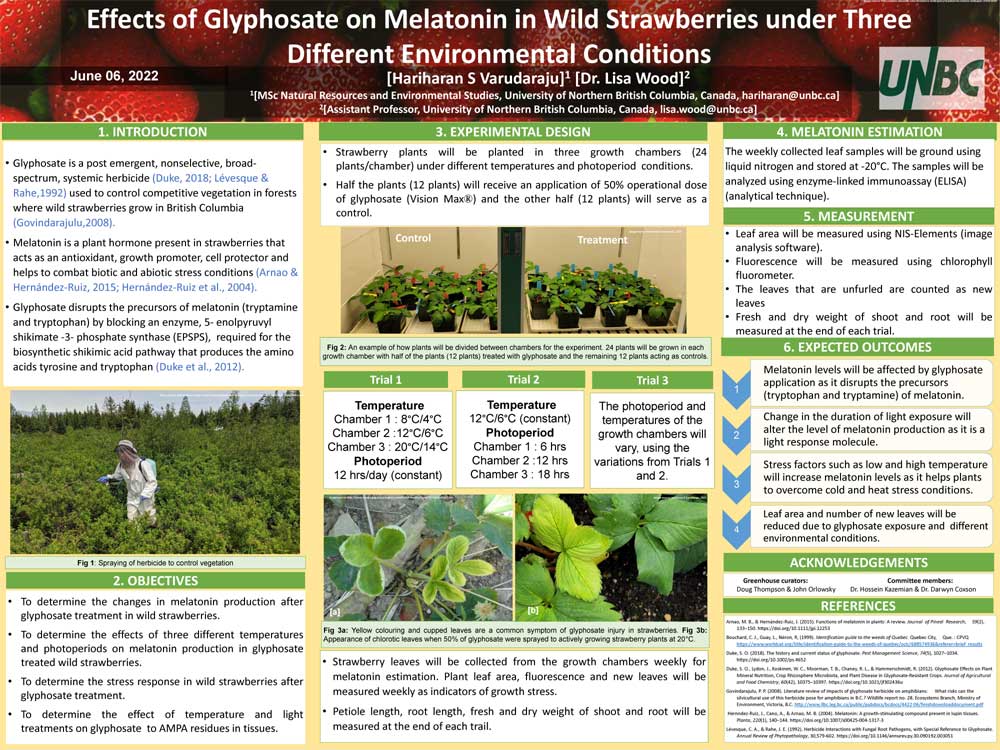 Glyphosate is a post-emergent, non-selective, broad-spectrum herbicide that is globally used in forestry and agriculture to control weeds. Earlier it was thought that glyphosate is environment-friendly and does not cause any harm to nontarget organisms present in the ecosystem due to its mechanism. The mechanism of action of glyphosate is to target the shikimic acid pathway that is present only in plants. However, due to its overuse, it has leached into groundwater and soil systems where it is posing serious threats to humans and the organisms found in aquatic, and terrestrial systems. The application of herbicide not only affects the targeted plants but also reaches the non-target plants mainly due to spray drift, wind direction, and rainfall. The sublethal concentration doesn't kill the plants however, it leads to malformation of plant parts. Plants produce hormones to combat stress conditions and melatonin is one of the stress response molecules which increases in their concentration whenever the plants are exposed to heat, cold and chemical stresses. Although melatonin increases during stress conditions application of glyphosate pose a major threat to melatonin production as the application of glyphosate disrupts the production of 5-enol-pyruvyl-shikimate-3-phosphate synthase (EPSPS), which catalyzes the sixth step in the shikimic acid pathway. In the process of blocking the enzyme, glyphosate prevents the biosynthesis of aromatic amino acids that acts as the major precursors of melatonin. My research aims to study how glyphosate affects melatonin production in wild strawberries under different combinations of temperature and light periods. Wild strawberry plants will be exposed to different environmental conditions in three growth chambers and plant morphological changes will be recorded to study the plant-glyphosate relationship and leaf samples will be collected for the melatonin-glyphosate relationship on weekly basis.