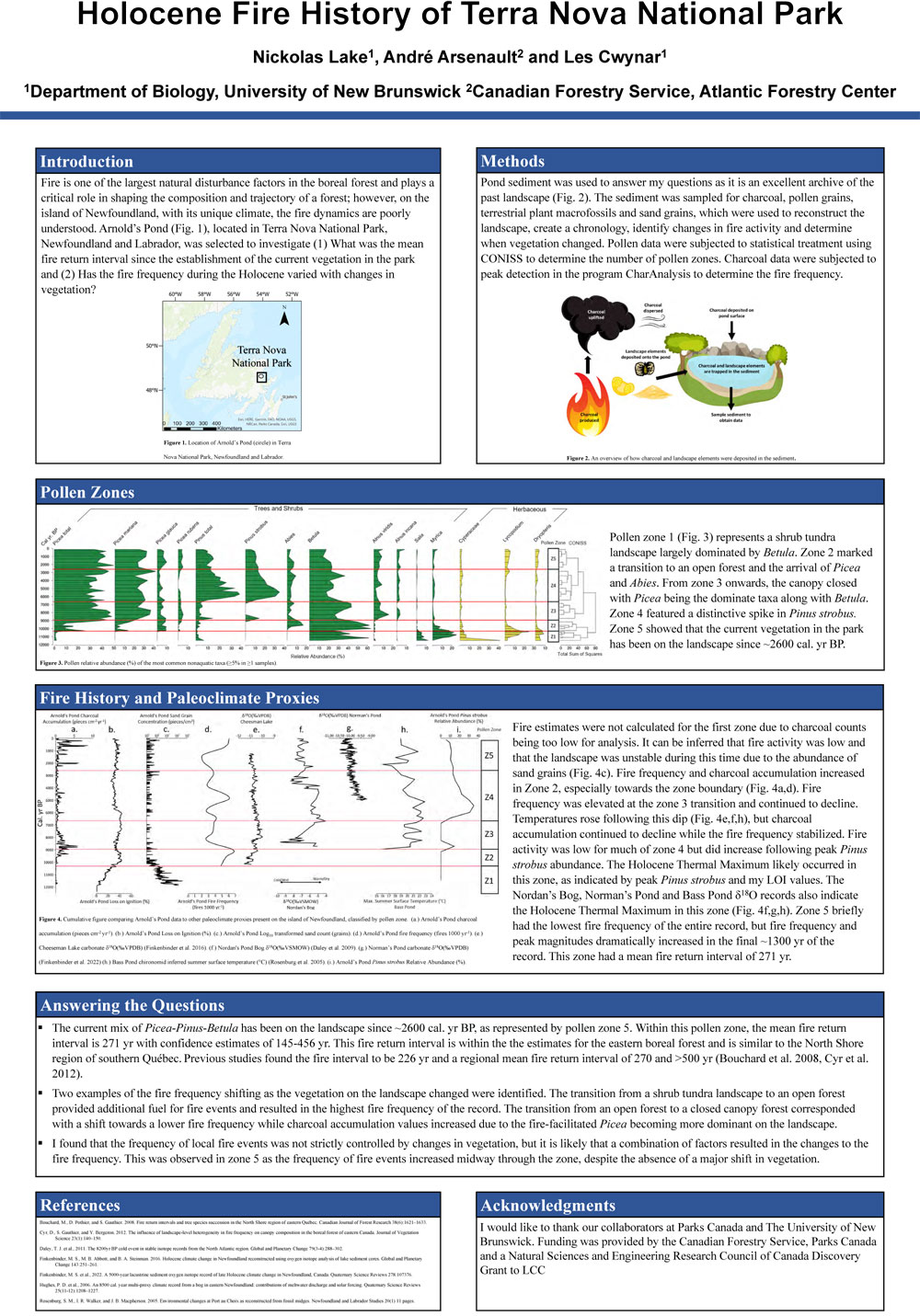 Fire is one of the largest natural disturbance factors in the boreal forest and plays a critical role in shaping the composition and trajectory of a forest; however, on the island of Newfoundland, with its unique climate, the fire dynamics are poorly understood. Arnold's Pond, located in Terra Nova National Park, Newfoundland and Labrador, was selected to investigate how fire dynamics changed throughout the Holocene in relation to vegetation changes. I used macro-charcoal to reconstruct local fire events, and pollen to determine what vegetation was present throughout the ~11,900 cal. yr BP represented in the pond sediment core. My results show that the 271-yr mean fire return interval associated with the current vegetation type is longer than most boreal forest regions within Canada. My results also show that climate, in addition to changes in the dominant vegetation, influenced the frequency of fire events during the Holocene, rather than vegetation alone.