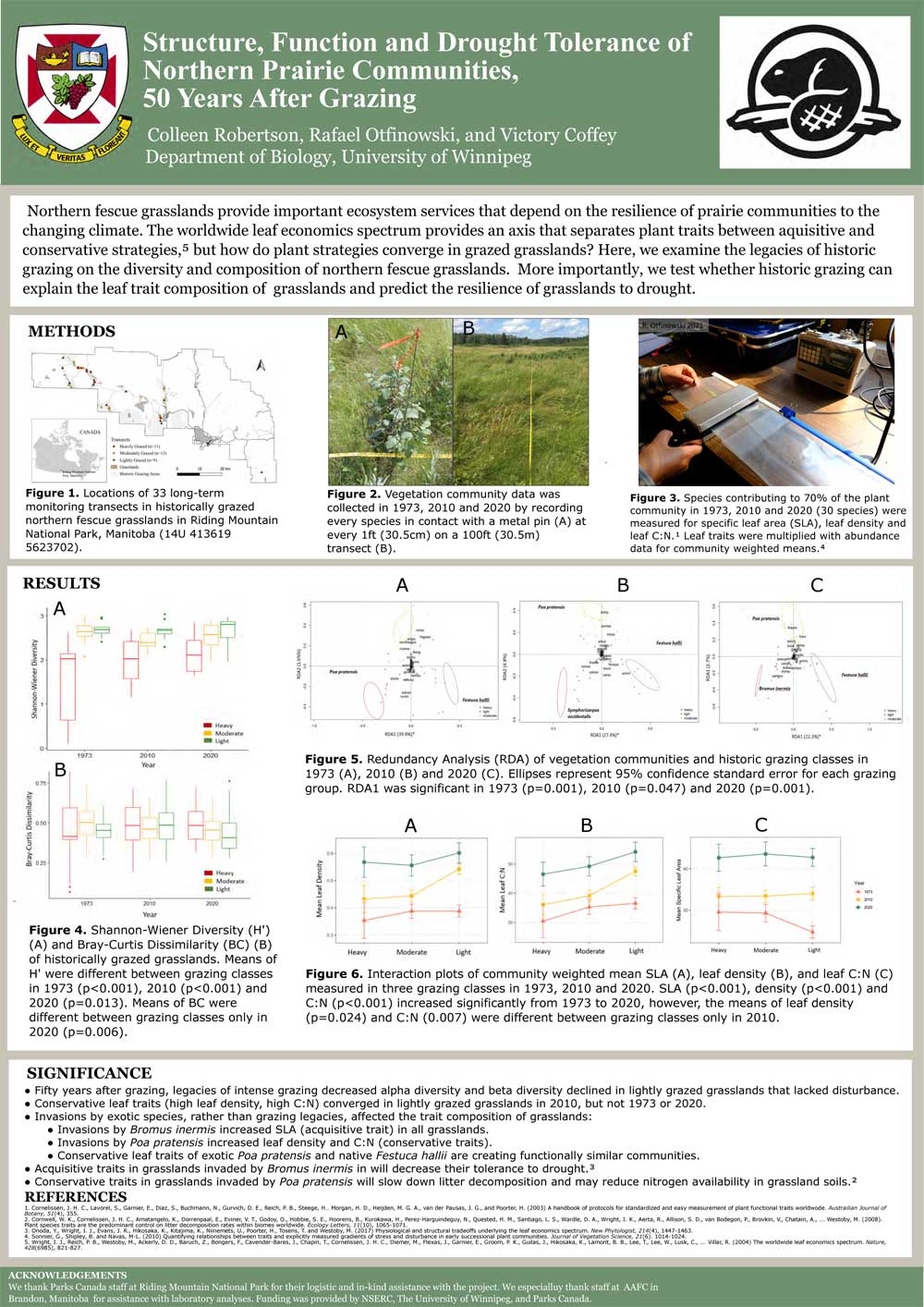 Grasslands provide critical ecosystem services such as carbon sequestration, water regulation, nutrient cycling, and biodiversity conservation. However, climate change is causing periods of increasingly frequent and prolonged drought in northern Great Plains ecosystems, changing the function of grassland communities. We present research from Riding Mountain National Park, Manitoba, to illustrate links between plant community composition, leaf traits of dominant plants, and the function of prairie grasslands. We use plant community data, collected in 1973, 2010 and 2020, to understand the long-term effects of grazing on the function and resilience of northern fescue prairies. We test whether legacies of historic grazing continue to affect the structure, composition, and diversity of grassland communities, and whether species with drought tolerant leaf traits converge in historically grazed grasslands. We also explore how nutrient and carbon cycling may be influenced by leaf traits of dominant plants, including their leaf carbon and nitrogen concentrations. Fifty years after grazing, heavily grazed prairies continued to have lower plant diversity. However, prairies with light grazing had lower spatial variation in plant composition. Community weighted means of plant traits were driven by abundant species with high values of specific leaf area (SLA) and high leaf density. Based on the trait composition of northern fescue communities, we predict that lightly grazed grasslands will be more resilient to drought because of their dominant grasses, Festuca hallii and Poa pratensis, characterized by low SLA and high leaf density. Regardless of grazing history, SLA and leaf density increased in all sampled prairies over the past 50 years, illustrating that changes in grassland composition correlate with changes in the traits of dominant plants. This study is the first to relate long-term legacies of grazing on mean community traits of northern fescue prairies and to help adapt the conservation and management of grasslands to changing climates.